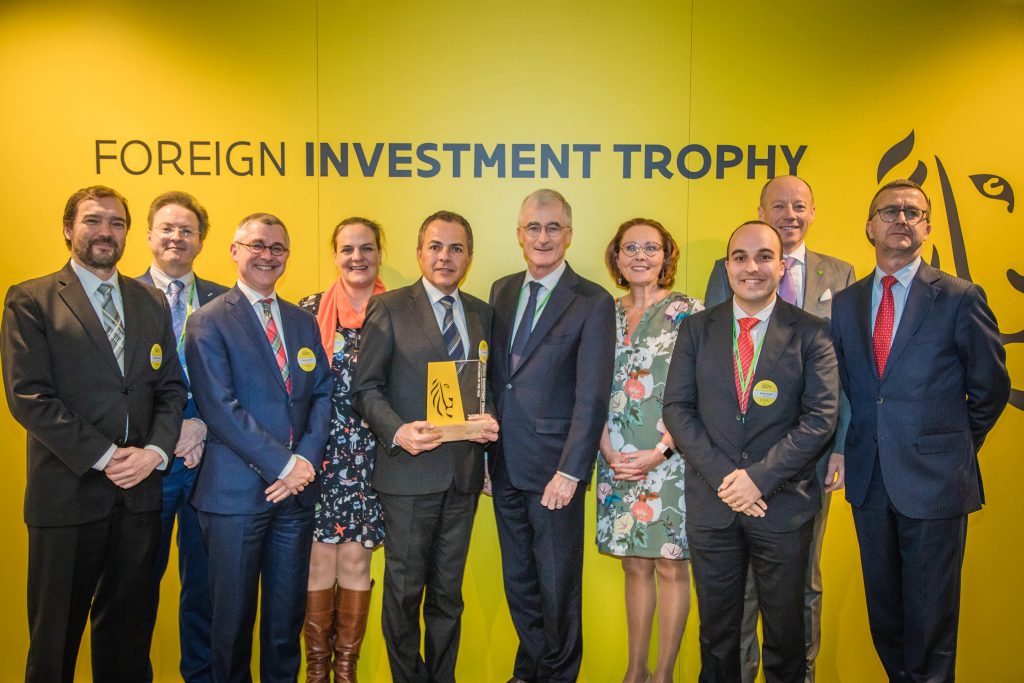 Brussels, 18th of March 2019: AGP proudly received one of three Flanders Investment & Trade (FIT) trophies at the Deloitte Gateway Office in Brussels for its “remarkable investment projects” in Flanders, Belgium. AGP was awarded the Newcomer of the Year Trophy, highlighting its recent acquisition of Soliver NV in Roeselare, Belgium and the announcement of its new European operational headquarters in Ghent, Belgium.

“This trophy is our way of showing our appreciation to a company that’s coming to Flanders for the first time. Attracting new investors is crucial to our economy. 2018 was a record year in that respect: foreign firms invested twice as much in Flanders as the year before.” — Claire Tillekaerts, CEO of Flanders Investment & Trade. Tillekaerts awarded the trophy to AGP’s VP, Antonio Balata.

AGP has greatly invested in Flanders in under 12 months, acquiring Soliver NV in Roeselare and building new fully automated manufacturing facilities in Ghent.

“AGP Group will distribute innovative car glass from Flanders across the entire continent, which will significantly strengthen the region’s reputation in the sector. After all, Flanders is in the heart of Europe – which is a pivotal region when it comes to creating better ways for people to move and interact in a cleaner, safer, smarter world.”  — Arturo Mannheim, CEO of AGP Group.

AGP is proud to have the government of Flanders recognize its efforts in support of FIT’s mission to promote sustainable international business in Flanders as a key element of the region’s socio-economic development. The company aims to become the continent’s leading manufacturer of high-tech glass products for the automotive industry and to make Flanders a key automotive player in Europe by starting a glass revolution in the region.

Click here to learn more about AGP’s investment in Flanders.